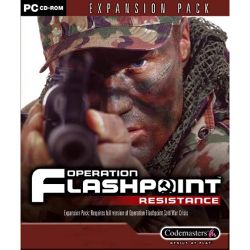 Operation Flashpoint: Resistance is a prequel to Cold War Crisis, developed by -no links defined- and published by Codemasters in 2002.