Proton is a tool that enables compatibility with Windows-exclusive games on Linux. On the ProtonDB page, Arma 3 is ranked "Gold" in compatibility. This means the game requires tweaking on Linux to run smoothly.

To enable Proton for Arma 3, go to Steam, right-click on Arma 3, and click on "Properties" to see the game's properties. Go to "Compatibility", check the box for "Force the use of a specific Steam Play compatibility tool" and select Proton again. 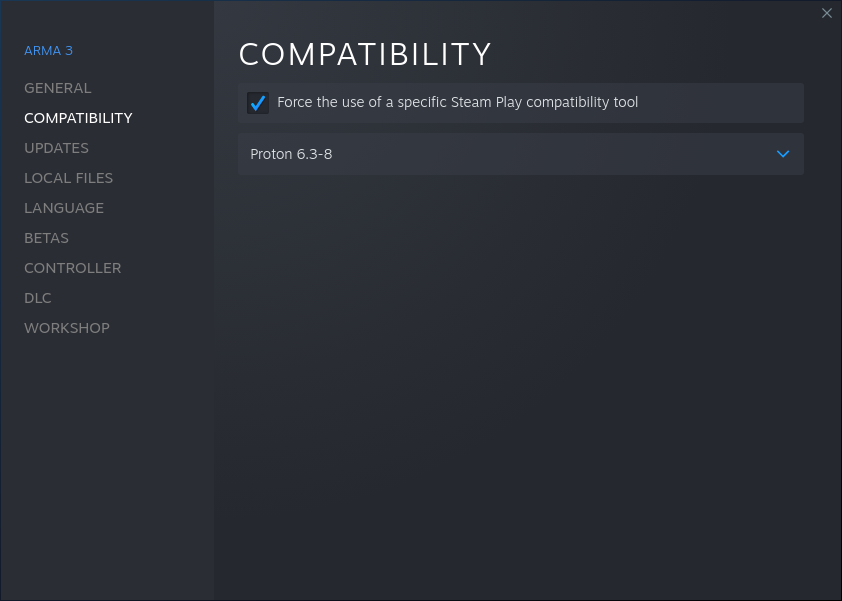 At the time of writing, the default Arma 3 game launcher is incompatible with Linux. To run the game smoothly, add -noLauncher to the Launch Options under "Properties" → "General". 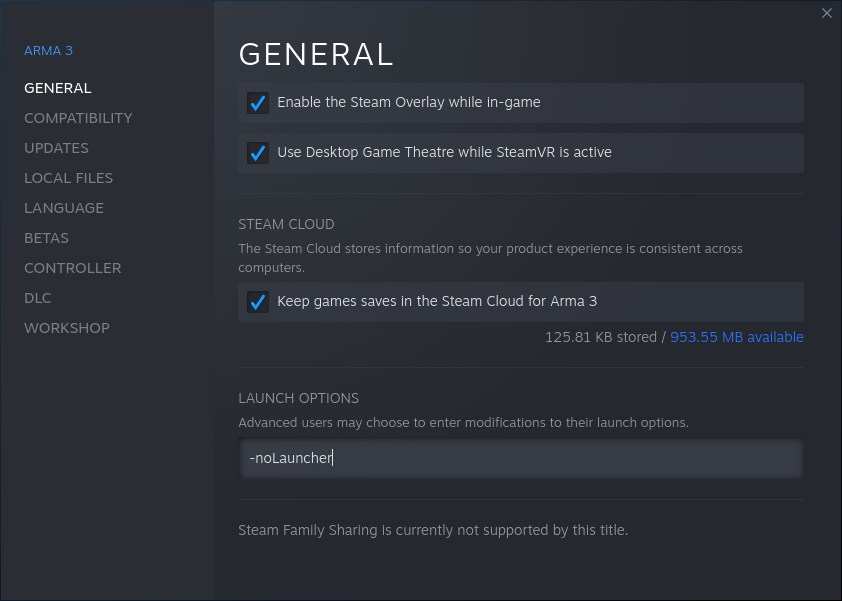 It is now possible to run Arma 3 under Proton.

Most mods will work out of the box for Arma 3 on Proton. TFAR / ACRE2 need extra setup to work. See ninelore's guide on setting up Teamspeak and TFAR / ACRE2 for Arma 3 on Proton.
Alternative launchers can be used to manage mods and launch options. See Muttley's Arma 3 Unix Launcher for one such launcher. It can be installed from the project's "Releases" page or in one's respective package repository.

⚠
Note that for every fix using %command%, the -noLauncher option should be used after it in order to be considered.

In some cases, the mouse may leave the fullscreen application. This often happens with multi-monitor setups. The solution is to enable "Automatically capture the mouse in full screen windows" in winecfg.
To open winecfg, run protontricks 107410 winecfg in the terminal.

When certain loud sounds play in-game, the audio may crackle. There are several solutions.

In some cases, the game may freeze, hang, crash or otherwise fail to progress past the loading screen after mission launch. The possible cause of the issue has to do with how wine handles threads. There are a couple of solutions:

Both of these solutions may hinder your performance as they are limiting CPU usage.