Now that the .pap project file has been set up, it is time to work with the .siga file, in order to process the signal from the engine. The following picture represents the wanted end result and is described in the next steps. 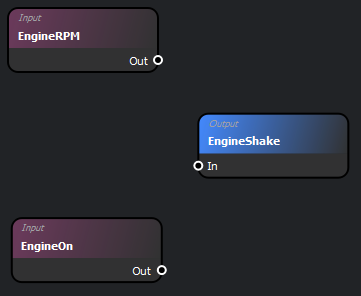 The exhaust now shakes according to engine's RPM as well as a little randomization.

Now, the last thing to be done is to set up the vehicle. For that, a CarProcAnimComponent has to exist on the vehicle: