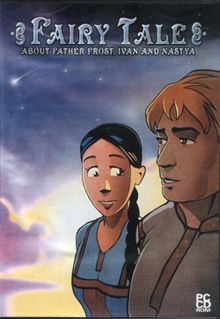 Fairytale is a project from back in the days when Maruk was still a little Maruk. The story is about a girl called Nastya growing up in a family composed of her biological father, and a stepmother/sister. The non-biological mother and sister try to suppress Nastya, by shoving all the possible work on her, like cleaning, cooking, and taking care of animals. Realistically, playing trough the eyes of Natasha in the campaign, you have to do exactly these shores. The campaign features static landscapes with view distances of up to two hundred meters.The point-and-click interface leads you along talking animals, to tough pitchfork jobs, and a variety of interactive AI. The plot is based on a traditional Russian Fairy tale.