From Bohemia Interactive Community
(Redirected from AI Sub-skills)
Jump to navigation Jump to search
ⓘ
Some information on this page were not confirmed by BIS! 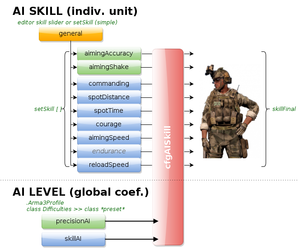