If something suddenly disappears we were use to have it leaves us with the feeling of a loss. Maybe you'll feel the same with Mapfact. For more than seven years we have given our best to entertain the community of Operatoin Flashpoint, Armed Assault and Arma 2 with missions and addons as well as supporting you with useful tools and competent help with editing, scripting and creating addons.

The first years with Operation Flashpoint have really been a great time. We literally used to spend nearly every free minute to create something special and always aspired to keep up with the guys of Bohemia Interactive Studio if not even going a bit further here and there. Of the initial Mapfact members - recruited back then by jos, the founder of Mapfact.net - Chneemann is the only one who is still active. When jos left for good he handed over the baton to Chneemann.

As the bright star of OFP began to fade we once already thought about closing Mapfact. The community was decreasing and the feedback got lesser. But exactly that feedback has always been an important part of our

motivation to start just another project. At the same time it is been pretty much the only reward for our efforts. As Armed Assault was announced we were confident the community would grow again. However it is not an easy thing to repeat such an outstanding success as that of Operation Flashpoint. BIS had to learn that and we neither

couldn't quite resume the great days of OFP. Nevertheless we decided to get together and to continue the way to provide you some special things again. Unfortunately fewer of us were able to participate actively.

Sadly today is the day that we have to tell you Mapfact is closing its doors by the end of this year. This is not because of ArmA or Arma 2 but rather because time has taken its toll of us. Since the release of OFP we have grown eight years older. During this period of time many things did change in our private as well as our professional lifes, interests change. Only few of us still have the time to create ambitious missions or addons. That is why we have to say farewell to you and to thank you for your constant loyalty over

the years. It was a fine time with its ups and downs we were granted to spend with you and we will never forget.

We want to take this opportunity to say thank you to jos who had started all this, we would like to thank our Mapfact mates Blake, DJ Kroßova, Flashpoint_k, MP-Studio who went this way with us for some time, we like to say thank you to our translators MephisBelle and simba who also participated in betatesting. And of course we have to mention Idontno for all his part in organising two workshops with us, we say thank you to big x, to Marco-Polo-IV and to Sky for for their great projects they did with us.

A heartfelt thanks goes out to all betatesters - the ASC! -, to all who contributed missions, addons, forum help, advice, good vibrations. It couldn't have been done without any of you, literally. Thank you!

And who knows, one day when we're old and decrepit and hear the words "Malden Islands" in a TV Show about antique computer games our tired eyes will shine for a moment and we will say "Malden Islands? Oh yeah, I´ve been there a couple years when I was a young man..."

Of course we will stay in touch with each other and you are invited to do the same. We still keep the rights for our missions and addons. Who ever wants to modify, to convert or to use anything commercially has to ask for our permission first.Of course you can contact us in the official forum where Lester still will offer support for his addons. 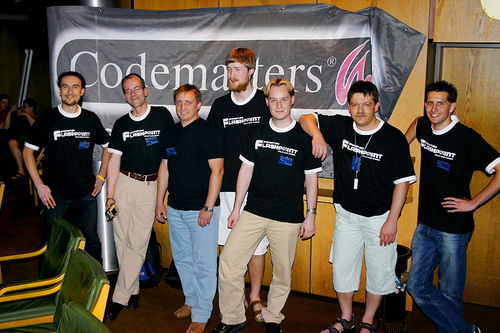