* The system name is different because during the development, a neutral technical name had to be used while public name was not selected yet. 3DEN is acronym for 3D Editor New. 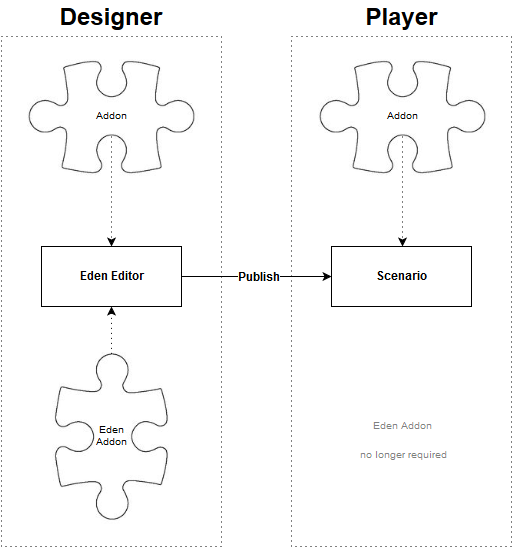 ⚠
At this moment, required addons are calculated only based on objects used in the scenario. In the future, other assets like weapons, equipment, etc. might be checked as well.