Difference between revisions of "Multiplayer Scripting" 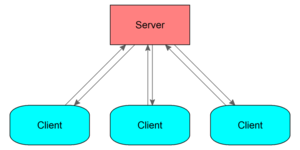 ⓘ
For obvious reason, a server cannot be JIP.

1.99 and isServer, server could be detected by placing a Game Logic in the editor that would remain local to the server, then using the following:local myLogic

BIS_fnc_getNetMode can be used to have a string value representing the local machine status ("DedicatedServer", "Server", "HeadlessClient", "Client", "SinglePlayer" ).
This function doesn't make the JIP distinction and should be used along didJIP.

Since Arma 3 the "Local" Event Handler triggers when an object's locality is changed.

Every machine, including the server, has a network ID.
A server always has an ID of 2, every new client has the next number (the first client will be number 3, second client number 4, etc.)

Arma 2 introduced the Arma 2: Multiplayer Framework (not present in Arma 3):

Available since Arma 2, the public version of the setVariable command (alternative syntax) allows you to store a variable into an object and spread this variable across the network.

In Arma 3 it is possible to broadcast the nil value, thus deleting the variable from the target.

A player that joined in progress will be referred to as JIP player.

ⓘ
To disable JIP on a server: However, JIP remains available if respawn is enabled in the mission.

A JIP player will have a lot of information synchronised (publicVariable'd and setVariable server variables for example) by the game before accessing the mission itself; see below:

⚠
All the initialisation fields code get executed again for each and every JIP connecting player.
This means that code with global effect GEGlobal (such as setDamage) WILL be re-executed (depending on locality)!